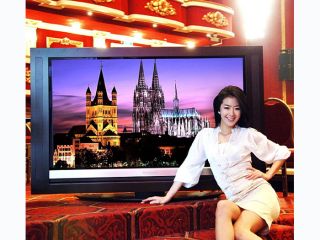 These Korean HD TV sets may be pretty but they cost over £5,000.

The two 10 million won (£5,475) plasmas measure 60 inches across the diagonal and are rated 'full HD' at 1080p. Their frames are the only things that differ between the pair - each is made of quality Italian wood, with a choice of either ash or walnut finishes.

Anyone wishing to splash the cash on one or both might want to know that the model numbers are 60PT1DRA and 60PT1DRW respectively, and that they're available only in Korea.

As a footnote, we'd link you to the product page for these Italianate marvels, but LG in its wisdom doesn't allow deep linking , preferring instead to force interested parties to trawl its entire site. In Korean.