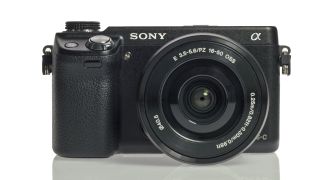 Could the next NEX camera have a full-frame sensor?

It has perhaps always been the company most likely to do it, but rumours are suggesting that 2013 will finally be the year that we see a full-frame Sony NEX.

Many thought that when the Sony a99 was announced in September 2012, that a full-frame NEX would also be unveiled. Instead, the company chose to stash the same sensor into the expensive Sony RX1 compact camera.

Sony, which hasn't been in the imaging industry as long as the stalwarts like Canon and Nikon, is always keen to show off its photographic prowess, so if anyone was going to be brave enough to implant a full-frame sensor in a CSC it comes as no surprises that it would be Sony.

SonyAlphaRumors says it has been contacted by several sources confirming that a full-frame camera will be announced towards the end of 2013, or potentially even in to 2014, instead of a new SLT.

It also seems that the camera will house new tech that has not yet been seen on any other Sony camera. Again, this isn't particularly surprising given the pace at which new developments in the industry occur.

Although it obviously doesn't even exist yet, a few rumours are starting to emerge regarding the spec of the camera. It has been suggested that it will be slightly larger than the current Sony NEX-7, which sits at the top of the line-up. It's also thought to have a similar design.

Rumours indicate that it will continue to use the NEX's E-mount, with support for A-mount lenses. Current NEX lenses may need to be used in a "crop" mode as they are designed for smaller APS-C sensors.

Keep watching for more updates as they come.