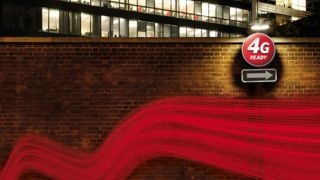 Vodafone's 4G network promises great things, but does the product live up to the promise?

It's been a long time coming, but Vodafone has finally flicked the switch on its 4G LTE network From today, Vodafone customers with compatible 4G phones on compatible plans have access to the telco's LTE network, for no additional fee.

Vodafone customers in Sydney, Melbourne, Brisbane, Perth, Adelaide, Newcastle and Wollongong with a 4G handset like the HTC One or iPhone 5 are now getting access to speeds of up to 100Mbps.

While eligible current Vodafone customers are seeing the new network appear on certain devices, anybody looking to switch to the network for 4G will have to wait until next month.

Vodafone is making a big deal of the fact it has two lots of 20MHz contiguous spectrum, which offers more bandwidth than its competitors' networks.

During an early demo of the network Vodafone did indeed manage to demonstrate 100Mbps download speeds, although that was without any congestion on the network whatsoever.

We've currently got ourselves a 4G Vodafone SIM card and are testing the network's speeds, so stay tuned for a more thorough analysis of Vodafone's LTE efforts in the coming week.