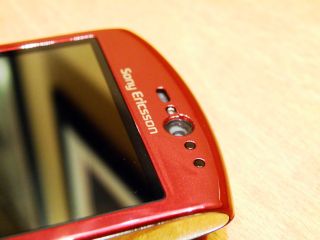 Vodafone is set to be the only network to offer the Sony Ericsson Xperia Neo in fetching cherry red.

The handset, unveiled by Sony Ericsson at Mobile World Congress 2011 in February, will be available on other networks in blue and is yet to receive its official UK release date, with Vodafone simply listing it as 'coming soon'.

That means there's still a bit of a wait ahead for fans of the Xperia Neo, which seemed likely to go on sale way back in April.

Unfortunately, supplies have been restricted by manufacturing delays caused by the earthquake in Japan earlier this year, and the Neo is yet to launch in the UK.

The Android 2.3-running Neo shares a lot of specifications with its stablemate, the Xperia Arc – 1Ghz Snapdragon processor, 4-inch reality display and HDMI-out, so it'll be interesting to see how the UK pricing of the two handsets differ.

We've already spent a bit of QT with the red-hued handset, marvelling at how it's not blue like the original model, with which we also nabbed an early hands on.