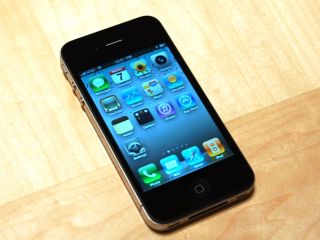 Samsung has responded to Steve Jobs' claim that the new iPhone 4's 'Retina display' is superior to its Super AMOLED line.

In a pretty geeky standoff (the kind we love) Jobs claimed that the IPS LCD technology used in the new iPhone 4 offers superior colour reproduction and higher resolution (read our analysis here).

But a Samsung spokesperson, speaking to the Korean Herald, said that while Apple's Retina Display is superior in terms of resolution, overall OLED is still the best tech, with the Super AMOLED it has developed being used in the Samsung Wave and forthcoming Samsung Galaxy S.

"The visibility difference is only 3 to 5 percent. But raising resolution to that level increases battery consumption by 30 percent," said the spokesperson.

The power savings come in terms of backlight options - Apple's Retina Display needs a discrete backlight to light the screen, where OLED is emissive, which means it creates its own illumination.

This means wider contrast ratio too - with OLEDs easily capable of 1,000,000:1 (although we don't know the specs on Samsung's Super AMOLED panel) it dwarves the iPhone 4's 800:1 offering.