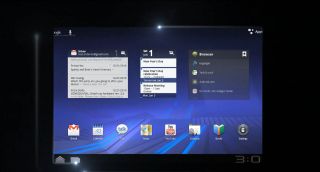 Will the LG tablet use Nvidia's 3D processor?

Slides from Nvidia's Mobile World Congress presentation have been leaked to a tech news site, revealing that its Tegra 2 3D processor will be shown-off and shipped in 2011.

Both are based on an ARM dual Cortex A9 processor, with up to 1.2GHz of power behind it.

While cinema has already been well and truly taken over by 3D, 2011 is the year we'll see it hit our handheld devices in a big way.

The LG Optimus Pad is just one tablet that is set to feature a 3D display this year, about which we'll also find out more at Mobile World Congress; it could very well be using Nvidia's tech.

The Tegra 2 3D processor is set to start manufacturing in Q1, which should see it hitting devices in Spring.