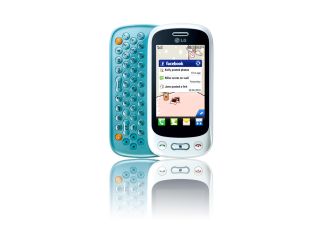 LG has announced the new Town GT350, a budget handset for those that love a bit of messaging and social networking.

The phone is the first from LG Town series of handsets, designed for the social networkers of this world: mostly teenagers and students, meaning it will have to hit the budget end of the scale.

The new Town GT350 features a specially designed interface to interact with the likes of Facebook and Twitter, with a social network feed, similar to FriendStream on the HTC Desire.

Up against the Genio

The Town GT350 has a 3-inch resistive QVGA screen and a 2MP camera, so despite no UK price being released as yet this is clearly going to be hitting around the £100 mark on PAYG.

With a four line QWERTY keyboard, the Town GT350 is set to go head to head with the popular Samsung Genio range - with the likes of the Genio Slide particularly doing well at the £100 price point.

Thankfully it's been given a UK release date for the 1 July, so we won't have to wait too long to see if the new LG Town GT350 is any good.