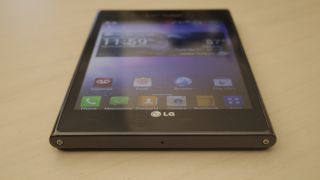 LG's future flagships will have the company's own chips inside

LG has confirmed that it's joining the processor race with TSMC, which will manufacture chips for the South Korean phone maker.

LG's chip, which was previously rumored as the monster octo-core "Odin," will launch "soon," according to the Korea Herald, which broke the news after speaking with a representative of LG.

The site also spoke with another source that said LG's Odin processors will launch in the second quarter of 2014, though that much at least is unconfirmed.

The chips will be designed by LG for LG phones and manufactured by TSMC, also known by its lengthier name Taiwanese Semiconductor Manufacturing Company, which last year struck a deal with Apple as well.

LG is one of the top phone manufacturers in the world, and in Korea it's second only to Samsung.

It's only natural that the company would begin producing its own chips, especially as Apple and Samsung rely more and more on their own processors.

Apple was reportedly ramping up production of its new A8 chip earlier this year to meet demand for the upcoming iPhone 6, while Samsung recently refreshed its Exynos line with new quad- and six-core chips.

News of LG's own chips has naturally sparked speculation that the new processors will be shipped in LG's upcoming new flagship, the LG G3, but that can't be confirmed at this time.

In addition to that, however, this news has also caused some to wonder whether LG will resurrect its semiconductor business as well.