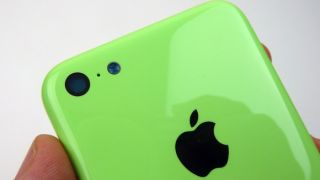 Oooh, green. Very green. Bit too green, if anything.

After months of guesswork, the iPhone 5C is official and it's basically an iPhone 5 in plastic coating.

But that won't stop you (or perhaps your kids) wanting one when you see the colourful array of finishes the handset comes in - green! yellow! white! pink! etc.

The good news is that there isn't long to wait: the iPhone 5C release date is September 20 while pre-orders open on September 13. We've had a quiet word with all the networks to find out who's stocking what, but we'll update this page when we get more info on plans and pricing. Let's do this:

Just a couple of days before release, Optus announced customers will be able to buy the iPhone 5C online from 2am on September 20, and that the handset will be running on its new dual-mode 4G Plus network.

Similarly, the 32GB model won't have any extra charges on the $100 plan tier, but will have a monthly repayment $5 on the $80 plan.

Including monthly repayments for the handset, the lower tiered plans will be pushed up to $62, $69 and $74 per month.

Telstra has pre-orders set up for the 5C, available on all four of its Every Day Connect and Business Performance plans.

You can grab the 5C on either a 12-month or 24-month contract on Vodfone's new Red plans, which comes with unlimited calls, SMS and MMS, and either 1.5GB, 2.5GB or 5GB of data depending on plan level, as well as priority customer care and Roam Like Home.

Virgin Mobile left it until release day to release its plans for the iPhone 5C, which will be available on each all six.

Both 5C models won't cost extra on the two top tier plan. For the 32GB model on the other four lower-tiered plans will have its total monthly pricing pushed to $51, $57, $63 and $69, respectively, including handset repayment.