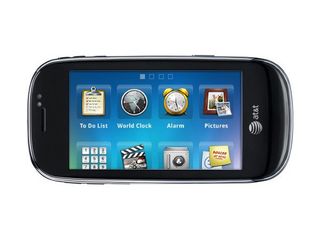 The new Dell Aero - what's it all about?

Dell has unveiled the western version of its Android phone - the Dell Aero.

The new Aero is apparently the lightest Android device in the world – which is hardly a headline grabber, but at least it's something.

It's running Android 1.5, but with a hope of a 2.1 upgrade in the near future, and it's also packing a 5MP camera.

The Dell Aero has been seen in numerous spy shots in the past, as well as being released in China as the Mini 3i – it was also present at CES this year, but with no information on when it would be coming to other territories.

The main selling point the Dell Aero has is its overlay to the Android OS – we've not seen a great deal on what this will look like, but companies like HTC and Sony Ericsson have already been hard at working bringing similar things to the OS for much longer.

It's always nice to have another player in the market, but sadly we don't have a definite UK release date for the Dell Aero, but we hear it is coming in the near future.