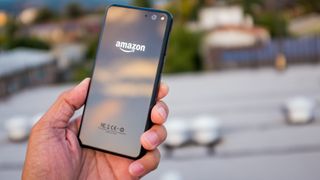 Amazon could use another stab at this

Amazon CEO Jeff Bezos said in early December that "it's going to take many iterations" to get the Amazon Fire Phone right.

Well, iteration number two is reportedly in the works - though it won't arrive any time soon.

The phone has been in development for months, but Amazon was reportedly forced to go "back to the drawing board" thanks to the first Fire Phone's failure, according to a source.

There's no indication yet of exactly what that might mean, but given how the Amazon Fire Phone performed, it's probably for the best.