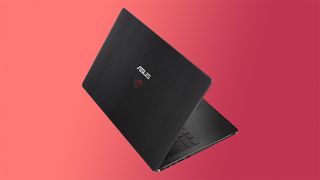 Nvidia has added two new additions to its GTX 900 family of mobile graphics cards with the GeForce GTX 960M, 950M and 940M.

Nvidia's new graphics cards also leverage Nvidia's Optimus technology, which automatically switches Windows laptops between integrated and discrete graphics based how intense applications are. ShadowPlay will enable gamers to record their gameplay for streaming on Twitch and uploading to YouTube

Of course, the new mobile graphics cards will be able to support Direct X12.

New models roll on in

The new Nvidia GTX 960M will first make its way into the new Alienware 13 and the superbly thin Asus G501. A few laptops will also be getting the GPU refresh including the Acer V Nitro, HP Omen and the Lenovo Y50.

MSI also announced a few new additions including the 15-inch GP60 and 17-inch GP70, both of which can be outfitted with any of Nvidia new GPU triplets. The Taiwanese computer maker also announced a new all-in-one, the Gaming 24GE, which sports a GTX 960 and a new virtual 7.1 audio technology called Nahimic Audio Enhancer.

The new GPU options are available immediately giving users more choices than ever in the thin and light gaming notebook space. Given that the Nvidia GTX 970M and GTX 980M have thoroughly impressed us, we're looking forward to the performance kick the rest of the company's Maxwell family will deliver.