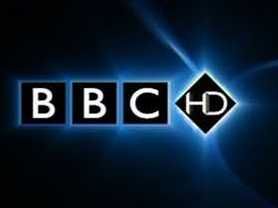 One of the world's most famous horse races will be broadcast in HD this year, with the BBC confirming that it will be showing the Grand National live from Aintree in high definition.

Although it is far from a surprise, the prospect of watching the John Smith sponsored Grand National in HD will be an attractive one, and further indication of the growing weight behind high definition broadcasting.

The BBC has also revealed that it will be using high speed cameras at two of Aintree's most famous jumps - The Chair and Becher's Brook - so audiences can look forward to cart-wheeling hedgerow and, possibly, jockeys.

Jewel in the crown

The BBC HD channel is one of the jewel's in UK broadcasting's crown, bringing many of the key dramas and documentaries to audiences on several platforms.

The BBC's mandate to provide its content to the widest possible UK audience means that the channel is available not only on the likes of the recently launched Freeview HD and Freesat, but also paid-for platforms like Virgin Media cable and Sky.

Although HD horses will have to do for now, those who have been closely watching the progression of television trends this year might well be asking if the 2011 Grand National will be broadcast in 3D.