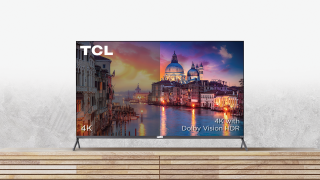 While Black Friday and Super Bowl Sunday are known as some of the best days to buy discounted TVs, you can always catch a day or two in between that have just as good (if not better) deals than the “biggest” sales days of the year.

What makes the 6-Series so special? It’s one of the few TVs in its price range that uses  full-array lighting with a huge number of contrast control zones (TL;DR it has outstanding contrast). On top of that, it’s the first TV in the 6-Series lineup to use Quantum Dots for better color saturation and the new AIPQ processor for upscaling – both of which work great.

Last but not least, the TV uses Roku TV, which we love. Although Roku’s interface is a bit basic, it supports nearly every major streaming service and doesn’t push one service / type of content over another, giving you truly universal search results. It now has an advertisement on the homescreen that we don’t love, but otherwise is pretty much ad-free.