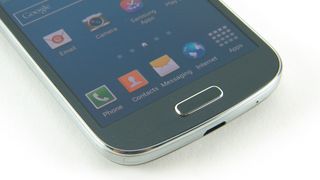 The roll out Android 4.4 KitKat may have just started, but Android 4.3 Jelly Bean is still rolling out to the likes of the Samsung Galaxy S4 Mini.

According to MobileSyrup, Canadian networks Bell, Rogers and Telus are reporting that the Samsung Galaxy S4 and Galaxy S4 Mini are getting the latest version of Jelly Bean.

We've heard a lot about the Galaxy S4 getting the update to 4.3, but this is the first time we've heard that the S4 Mini will follow suit.

Galaxy Gear support was added to the Galaxy S4 Mini via a separate update, with the older flagships, the Galaxy S3 and Galaxy Note 2, getting the same support from the confirmed 4.3 update.

This update could also bring Samsung KNOX, Bluetooth smart technology and OpenGL:ES 3.0 to Galaxy S4 Mini handsets, although we'll have to wait and see.

Canadian users will find the update available OTA via the settings menu. We've contacted Samsung for more information, but we'll be keeping our eyes peeled just in case.