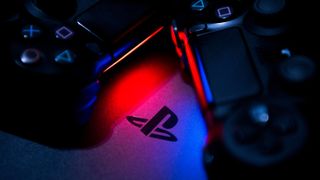 Since Sony officially announced the PlayStation 5 in early 2019, the rumor mill has been in full effect churning out speculation on everything from specs to design. But arguably the aspect that people are most interested in is: how much will the PS5 cost?

Now, there have been some pretty believable rumors regarding PS5 price - but there’s also been some that are absolutely ludicrous. Recently there was a ‘leak’ floating around that claimed that PS4 will cost up to £900 – that’s the equivalent of $1,163. Sony has since debunked the rumor but, for those who have watched the successes and failures of console launches before, it was never even a possibility.

So we’re going to break down for you the rumors that we’ve spotted about the PS5’s price, identify which of these rumors are probably the most accurate - and which are totally off the mark - as well as explaining why we won’t be seeing Sony’s PS5 console release with a prohibitively high price tag.

To understand why we’re so confident that the PS5 will not cost £900, you need to understand what happened in the PS4 vs Xbox One console war.

Much like what we’re expecting this time around, the current generation of consoles released in the same November window back in 2013. That meant that the eternal rivals Microsoft and Sony were going directly head-to-head for player loyalty. However, as you may now know, Microsoft made some vital mistakes with the Xbox One that saw it left in the dust by the PlayStation 4.

So what was the Xbox One’s vital flaws? Well, players were turned off by the console’s move into being “always online” (and Microsoft’s disregard for their concerns), the DRM restrictions, along with the insistence on keeping the Kinect device plugged in at all times. But arguably the biggest repellent was the price tag.

The Xbox One was initially sold for $499, while the more powerful PS4 was $100 cheaper - at a much more affordable $399. That $100 difference essentially covered the Kinect that nobody really wanted and headlines were filled with news of the Xbox One’s “premium pricing” with many claiming the console was too expensive - and they were right.

The publicity didn’t turn into sales and Microsoft was at a disadvantage from the start. Until this point, Microsoft had been trumping Sony when it came to console sales, but that all changed and ultimately we watched Microsoft trying to play catch-up for the rest of the current console generation.

As of October 2019, Sony sold 102 million PlayStation 4 units - making it the second best-selling console of all time behind the PlayStation 2. Meanwhile, Microsoft no longer divulges its Xbox One sales (funnily enough) but they’re estimated to sit between 30 and 70 million.

But Sony is no stranger to the importance of console price. We may focus on the missteps of Microsoft and the Xbox One, but Sony had already learned that lesson the hard way with the PlayStation 3.

The PS3 was loaded with extremely expensive, proprietary components, resulting in a price tag to match - a whopping $599. When sales suffered, and Sony lost nearly 40% of its market share, the company decided to cut costs where possible to get the console down to a reasonable price. And it worked, but by that point many developers (and players) had jumped ship to Microsoft’s Xbox 360.

So, how does that factor into the next-gen console war? Well, it showed that gamers will not necessarily fork out for expensive consoles - no matter how loyal they are. Especially if they don’t think what’s under the hood matches the price tag (but we’ll come back to that). It was a hard lesson for Microsoft but proved how key a factor pricing is.

Which is why we easily dismissed rumors claiming the PS5 would be £900 - it’s extremely unlikely Sony would go back on a pricing strategy that proved to be so rewarding for them this generation.

Now, we hear you say, “but the next-gens specs may make it cost more.'' Great point. The PS5 does look like it’ll have top-end components and will be a really powerful console for enthusiasts. But what about everyone else? The difference between consoles and gaming PCs is that consoles tend to target a wider demographic. By putting a gaming PC price point on a home console, Sony would alienate the average player.

But more importantly, we’ve seen that a lower price tag sees a console flying off the shelves. Especially when you’ve got a choice to make between two consoles that look like they’ll boast similar power - and we don’t expect Microsoft to make the same mistake twice.

But let’s for a moment think about what would happen if Sony released the PS5 for £900. Would you buy it through gritted teeth? We wouldn’t. We would be waiting for the price to come down along with many others or would be checking out the competition in Xbox Series X. If gamers wanted to pay prices like that then they would buy a souped-up gaming PC. After all, you could probably pick up a more powerful gaming PC for the same price.

If Sony then brought the console down to an affordable price, it risks pissing off those who bought the console early - where’s the loyalty for those who were there from day one? It’s hard to please everyone. If you never soar that high with price in the first place, you don’t have that problem.

What is the likely price?

We’re spending a lot of time telling you why the PS5 won’t be nearly a grand but what you probably want to know is how much it will be. Well, this is harder to pin down exactly but we have a rough idea.

There’s yet another rumor floating around that seems much more believable. A leak has suggested that the console will cost $499 in North America when it launches - only $100 more than the launch price of the PS4 and PS4 Pro. Naturally, you should take all rumors with a pinch of salt, but this seems to line up with what we know about the PS5.

Now, that’s still fairly expensive but, considering the next-gen consoles seem to be packing gaming PC quality specs, it’s a great price for what we’ll be getting. But it’s actually not all that surprising.

While you would automatically assume that loading a console with high-spec PC components would make it more expensive, in reality Sony has mass production in its favor. If you were building your own gaming PC, buying just one unit of a component may be extremely expensive. However, Sony buying these in huge quantities will drive down the price. Most of the estimated pricing based on the PS5 specs revealed so far take into account the components themselves, but not how corporate bulk orders will lead to favorable component rates.

The reason this particular leak is the most believable is because it is in line with the technology Sony seems to be using but it’s not prohibitively expensive. The jump in price from the PS4 and PS4 Pro feels suitable but we’re not paying an arm and a leg for the next-gen console. Even if this leak in particular is a falsified guesstimate, we expect the console to float around this price point regardless.

But why is $499 acceptable for this console, when some deemed it “too expensive” for Microsoft’s super powerful Xbox One X? For a start, the Xbox One X may be the world’s most powerful console right now but it won’t hold a light to next-gen. The Xbox Series X alone is twice as powerful as the One X and the PS5 will likely be on par with it. We’ve also grown to accept that we need to pay a bit more for the technological advancements that Microsoft and Sony are dishing out.

The PS5 will boast gaming PC power, backwards compatibility that lets you bring your old games with you, next-gen games that use tech that seemed like sci-fi ten years ago, and no doubt a heap of other bells and whistles we don’t know about yet. To us, that is worth $499. We accept that these advancements don’t come without sacrifice, and we’re getting more for that price than what we were getting with the similarly priced original Xbox One way back in 2013.

So, next time you spot a rumor that puts the PS5 at some over-the-top price, consider what we’ve discussed here. We can speculate all we want, but at the end of the day, we won’t actually know until official word comes from Sony. We’re hoping that news comes in the next few months.