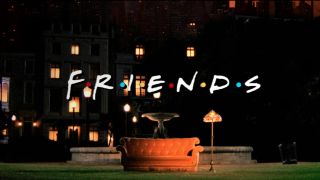 Friends has left Netflix US after years of being one of its most-watched TV shows. The subject of a pricey bidding war, Friends will soon arrive on the new HBO Max service when it launches in May. It'll cost $14.99 a month for HBO Max, so you'll have to weigh up whether you think it's worth it for that much.

Why is Friends so persistently popular, 16 years after it ended its 10-season run? Streaming is often about rewatching the shows that we find comfortably enjoyable. Friends comes from a time where we had fewer options for entertainment, and it was watched on a scale that we'd never see with a modern TV show. It makes sense that a modern adult audience with a disposable income would carry a lot of nostalgia for it.

And hey, despite some meandering storylines in later years and plain bad episodes (like, er, the finale), it's still a funny show, as long as you can tolerate how self-involved the characters are.

It's worth saying you can still stream Friends on Netflix in the UK and Canada. Otherwise, here's how you can watch Friends online in the US in 2020.

How to watch Friends in 2020: it's streaming soon on HBO Max

Friends is streaming on HBO Max from launch in May 2020, WarnerMedia has confirmed. That's 236 episodes straight off, across all ten seasons. Since the show left Netflix at the end of December 2019, that's likely going to build up demand in the meantime. We don't have an exact date for the HBO Max launch yet.

You've got a few options for watching the show. You can grab the 25th anniversary DVD from Amazon, or you can buy the individual seasons digitally on Amazon and other video services, too (although the cost of this might not be worth it if you'd prefer to stream the show as part of a subscription). Hell, maybe you've even got the DVDs in your basement or wardrobe from years back. And of course, you can always catch the show in syndication on regular old television.

This is your complete range of options until HBO Max launches, unless you choose to use a VPN. Scroll down for more on that, and individual episode prices.

A Friends reunion special may come to HBO Max

A Friends reunion special is being planned by HBO Max, according to The Hollywood Reporter. If you were hoping for the story to pick up years later so you could see what the characters are up to, it's sadly going to be an unscripted reunion, which means a documentary or special of some sort. Still, it'll no doubt be a flashy way to mark the show's debut on HBO Max.

Where to watch Friends online in the US

As mentioned above, you'll have to wait until HBO Max launches to stream Friends again in the US. In the meantime, here are some quick and easy on demand options to let you watch Friends online where you are.

How to watch Friends online in the UK

Flick through enough channels on Freeview and you'll probably end up bumping into random episodes, usually on Comedy Central. Netflix is your best option for cherry picking your favorite moments. Or get specific episodes and series you want from a host of online options listed here.

How to watch Friends online in Australia

One of these options could be for you.

Where to watch Friends online in Canada

Grab your Friends fix in Canada either via Netflix or by using one of these over-the-interwebs options.

How to stream Friends from anywhere in the world

The good news is that there are loads of options to stream Friends in most countries. The bad news is that you may find them geo-blocked if you try to watch in a different country - and what about if the country where you live doesn't have Friends streaming available at all? Oh. My. God!

If you fall into one of those categories, then there is a little workaround you can try using a VPN. A VPN lets you virtually relocate your IP address to one in another country and therefore watch a Friends stream as if you were in that country (although you'll likely need a localised debit card for most services).

ExpressVPN is the VPN that we think is the best of the lot thanks to its speed, security measures and straightforward interface. We also like that it's compatible with streaming devices such as the Amazon Fire TV Stick, Apple TV, Xbox and PlayStation. Try it for 30 days with a money-back guarantee. Plus, we've managed to convince ExpressVPN to give TechRadar readers an extra 3 months free with a 12 month contract. Our pleasure!