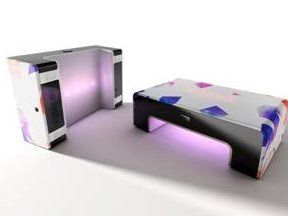 Sky has collaborated with one UK's most talented designers to create a limited edition Wattson device that tells you how much energy you are using in your home – all to celebrate Earth Day on April 22.

The broadcaster has teamed up with Richard Nicoll to produce the device which plugs into the mains, meter box or fuse box and will show you your electricity consumption in pounds or watts.

"On the underside of the monitor a series of coloured lights will show you how much energy you are using by turning a different colour," explains Sky.

Who is Richard Nicoll?

Richard Nicoll is considered one of the UK's rising fashion stars after making his debut in 2005 and has recently been named Best Young Designer at the Elle fashion awards.

The Wattson costs £99, but Sky is running a competition to win a box on the earthdaycounts.com website