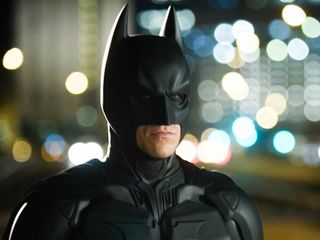 Movie-making genius Christopher Nolan has spoken further about not making smash-hit Inception or the forthcoming Batmansequel in 3D, insisting that the movies simply did not suit the technology.

Nolan is one of the hottest directors in Hollywood but he has been unwilling to get involved with the push to make movies in 3D.

He insists that he is not against 3D, but told Deadline that you "have to look at the story you're telling," admitting that Inception was, at one point, a candidate for conversion.

"We looked at shooting Inception in 3D and decided we'd be too restricted by the technology," said Nolan in the interview.

"We wouldn't have been able to shoot on film the way we'd like to. We looked at post-converting it, actually did some tests, and they were very good.

"But we didn't have time to do the conversion that we would have been satisfied with Inception deals with subjectivity, quite intimate associations between the audience and the perceived state of reality of the characters."

Nolan's next film is the sequel to Batman Begins and The Dark Knight – Dark Knight Rises, but the film will not be in 3D.

"In the case of Batman, I view those as iconic, operatic movies, dealing with larger-than-life characters. The intimacy that the 3D parallax illusion imposes isn't really compatible with that," added Nolan.

"We are finishing our story on the next Batman, and we want to be consistent to the look of the previous films. There was more of an argument for a film like Inception."

Nolan was a fan of James Cameron's Avatar - a film that will be credited as one of the key landmarks of the modern 3D movement - but it was the CGI rather than the 3D that enthused the filmmaker.

"I've seen work in 3D like Avatar that's exciting. But, for me, what was most exciting about Avatar was the creation of a world, the use of visual effects, motion capture, performance capture, these kinds of things.

"I don't think Avatar can be reduced to its 3D component, it had so much more innovation going on that's extremely exciting.

"3D has always been an interesting technical format, a way of showing something to the audience. But you have to look at the story you're telling: is it right?"