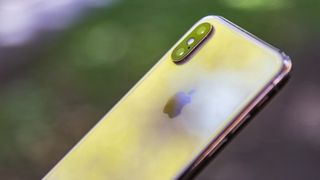 We're expecting Apple's first 5G iPhone to be released in 2020, and while we don't know much about it right now, we're not expecting it to be cheap – and if a leading analyst's estimate of how much it'll cost Apple to make the phone is correct, it's set to be very expensive indeed.

The analyst is Ming-Chi Kuo, and if you follow Apple news you'll likely know the name – he's one of the most prolific Apple analysts out there, and his crystal ball-gazing with regard to iPhones, iPads and the Apple Watch often turns out to be accurate.

Via Appleinsider, Kuo has predicted what changes the iPhone 5G will see from the iPhone 11 devices. The takeaway is that its components are set be much more expensive – up to 60% more in some cases – and that's likely to translate into a considerably higher price for the finished product.

According to Kuo, the cost of a 5G iPhone chipset will increase by 35%. While this doesn't mean the retail price will necessarily go up by the same amount, it's unlikely that Apple will take that cost increase on the chin.

That won't be the only upgrade though, as the design will also need to change quite a bit in order to accommodate 5G tech – and that could mean the 5G iPhone looks very different to previous Apple handsets. According to Kuo, the metal frame of the device will cost 50%-60% more to construct, while the glass case will be 40%-50% more expensive.

Those are of course highly speculative numbers right now – we don't know the price of what we expect will be the 5G-less iPhone 12 yet. However, most of the 5G phones we've seen have cost more than their 4G counterparts – the OnePlus 7 Pro 5G and Oppo Reno 5G were both identical to the 4G versions save for 5G connectivity, and both were more expensive.

Such a price increase would be unwelcome, if not entirely unexpected, news for iPhone fans, as Apple's phones are typically much more expensive than their Android counterparts already – and the addition of 5G could send the price through the roof.