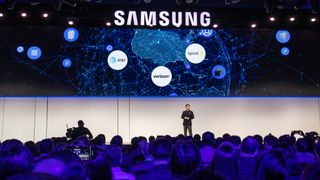 Enthusiasts across eight different cities in India will be able to get their hands on the upcoming Samsung Galaxy S10 on February 21. Samsung will hold exclusive preview events in Delhi, Mumbai, Kolkata, Chennai, Pune, Bangalore, Gurgaon and Chandigarh just one day after the official announcement of the smartphone in San Francisco.

Along with the Galaxy S10, the company is also expected to unveil the new Galaxy Buds, as well as possibly the foldable phone. The Galaxy Unpacked event in San Francisco starts at 11 AM PST on February 20. It will be live-streamed on Samsung's website.

Samsung Galaxy S10- what do we know so far?

The design and display of the S10 will see a slight change from past devices. The display will have a punch-hole housing the selfie camera and an in-display fingerprint sensor.  The Galaxy S10 will reportedly feature a 6.1-inch Super AMOLED display with QHD+ resolution, with a triple rear camera module.

The Galaxy S10 will run Android 9 Pie-based Samsung One UI out of the box. Samsung will continue their tradition of bloatware, this time in hardware form- a Bixby button, on the left side of the phone.

Under the hood is an Exynos 9820 SoC, with 6GB/8GB RAM and 128GB/512GB internal memory. The S10 will reportedly have Fast Wireless Charging 2.0 and Wireless Power share. It packs a 3100mAh battery as well as support for reverse wireless charging.

The S10 is expected to launch in India on March 8.

The Indian preview events will kick off at 5.30 PM IST, and are open for all. No registrations are required.