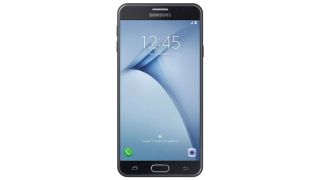 The 16GB variant of the Galaxy On Nxt has a 5.5-inch Full HD IPS LCD display. The phone is powered by an octa-core Exynos 7870 chipset, with 3GB RAM and 16GB storage, with support for microSD cards up to 256GB. On the back, the Galaxy On Nxt comes with a 13MP camera and on the front, it sports an 8MP camera.

Other specs of the phone include a 3,300mAh battery, dual SIM, 4G VoLTE, Wi-Fi, Bluetooth and GPS. It runs on Android 6.0 Marshmallow with TouchWiz UI on top.

While this isn't particularly a new launch, the 16GB variant of the Galaxy On Nxt seems to be new. Samsung hasn't officially announced a new device, but seems to have updated the amount of storage with this one. The company also has a 16GB On Nxt selling for Rs. 18,490.

The Samsung Galaxy On Nxt 16GB variant has been priced at Rs. 10,999. It will be available exclusively on Flipkart starting from January 3. Initially, the phone will be available at a discount of Rs. 1,000 during the Flipkart 2018 Mobiles Bonanza sale.