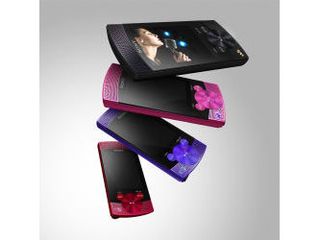 Sony has announced it has pimped out its Sony Walkman PMP series with a fresh range of speakers.

The Sony Walkman S540's new functionality means you can both listen to your music on your own in the privacy of your own mind, or you can pump it out for the masses to hear. The masses being very annoyed people on the bus, train, tube, EVERYWHERE!

There must be a decent reason for speakers to be included – other than for chavs to have a field day – and Sony does state in its press release that "whatever your listening preference, the slimline Digital Linear Phase Speaker System delivers satisfying, sound with solid bass and crystal clear highs". So, Tinchy Stryder should sound a bit less tinny then.

If you are using the speakers, then expect the audio to last for around 17 hours – or six cans of Stella and a bottle of Mad Dog 20/20.

While there's no word on price, the release date for the S540 is September and you will be able to get the Walkman in violet, black, pink and red.