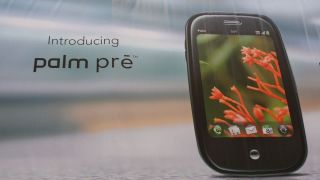 Palm Pre was ahead of its time when it launched.

Remember Palm? The once flamboyant, market leading brand of PDA (personal digital assistant) and smartphone manufacturer was purchased back in 2010 by HP for $1.2 billion and suffered a dramatic fate as the brand disappeared within a year.

Things might change pretty soon though as Palm aficionados at WebOS Nation have noticed that Palm.com is redirecting to another site called mynewpalm.com, one that shows a looping video of the Palm logo with the text "Coming Soon" and "Smart Move"; the latter slogan is also Alcatel One Touch's.

Another document surfaced which shows that Palm's trademark has been transferred to a company whose paperwork is signed by Nicolas Zibell, "President Americas and Pacific" at Alcatel One Touch, which pretty much gives it away.

Alcatel One Touch is owned by one of the largest TV producers, Chinese-based TCL Corporation. Alcatel itself was a French technology brand before it carved off and part of it sold to TCL.

TCL Corporation will be at CES 2015, which debuts next week, and it will be interesting to see whether the company uses it as a platform to launch Palm-labelled devices.