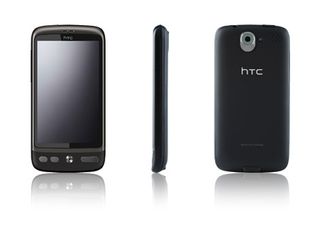 Orange is aiming to deal with the low stock volumes of its HTC Desire - by offering it in a new black chassis. (Compare the various Orange HTC Desire deals).

However, this new 'strategy' has led to another problem - it's also sold out, even at pre-order stage.

The only colour you could want

The Desire represents HTC's most desir... wanted phone of the company's relatively short lifetime, given it only struck out under its own brand in 2006.

But a new campaign surrounding the HTC Desire has led to increased interest in the handset above the early hype surrounding its launch at Mobile World Congress in February.

Of course, you could just get it in oddly-shiny brown... but then you'd be like the rest of the world then, and who wants that? Eh?