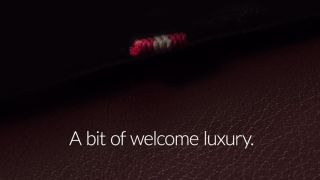 It's been a busy year for Chinese manufacturer OnePlus, with the launch of the OnePlus 2 (streamed in VR no less), as well as a miniature drone that looked like an April Fool's Day joke.

The company isn't done yet: It's teased something new on its Google+ page, though exactly what we're looking at isn't clear. Some kind of leather material is visible, plus what appears to be part of a shoelace.

It would be a surprise if OnePlus moved into footwear, but it could point towards accessories for its handsets or maybe a new device altogether. We know another OnePlus phone is scheduled for before Christmas.

"A bit of welcome luxury" reads the tagline on the poster; "something luxurious is coming to OnePlus" says the caption. There's definitely a running theme there that you can probably spot.

The comments below the post are rather acerbic in tone - it seems like a lot of potential customers have been put off by the slow roll-out of the OnePlus 2. CEO Carl Pei has admitted the launch could have gone more smoothly.

Whatever this new product is might ease some of the pain. Get your predictions in early and you have the chance to come back with a smug "told you so" if you're proved right.