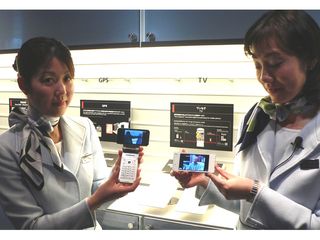 For once, when we bring you news of amazing Japanese technology, it's going to be shared with the rest of the world. So much the better that it's part of the next-generation of mobile phones.

Japan's NTT DoCoMo, Renesas, Fujitsu and Sharp have announced that they're working on an integrated chip for future phones and that they plan to make it available worldwide.

The SH-Mobile G4 LSI will incorporate various functions on a single chip. The group says these are to include support – deep breath - HSUPA1/HSDPA2/W-CDMA and GSM/GPRS/EDGE (2G) standards.

The point of all that is to ensure 7.2Mbit/s downloads and 5.7Mbit/s uploads are accessible to all handsets with the chip. As well as that high-end connectivity, the 45nm LSI will be able to handle video processing and 3D graphics.

With a completion date of early 2010 pencilled in, we can expect to see handsets powered by the new technology within two years.