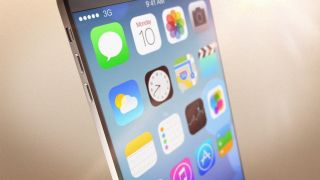 An iPhone 6 AND an iWatch? Yes please

That's the word we're using to describe Apple's outlook for WWDC 2014. With iOS 8 firmly on the cards and a reimagined iPhone 6 expected to touch down a little later in the year, Cupertino has a busy, and rather exciting year ahead of it. And that's even without the mention of the iWatch.

Apple's legendary but still nonexistent (or even confirmed) wearable is perhaps one of the biggest "will they, won't they" tech stories in recent years. But with some big hints at fitness tracking revealed in recent iOS 8 leaks, it looks like a high-tech Apple timepiece really could be on the way.

So overflowing with Apple juice are we that we were barely able to squeeze it all into this week's Phone Show. Somehow, though, we managed - tune in below to watch Gareth Beavis and John McCann discuss Apple's plans WWDC 2014, and beyond.