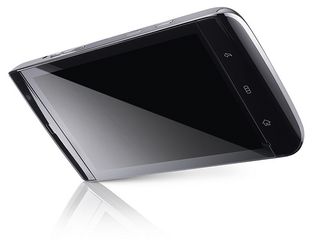 Dell Streak owners in the UK could take advantage of a leaked firmware update from the company of the latest firmware build for their device.

Those desperate to upgrade their Android version to 2.1 (Éclair) via a link on the Modaco forum, is apparently from Dell itself, which means that it probably won't be there for long.

You get a big raft of changes should you be willing to take the obvious risks of upgrading your firmware with a non-official official release.

Those include 720p video recording, an improved keyboard, live wallpapers but no partridge in a pear tree.

If you want to take advantage of the update you need to copy the .pkg file to the SD card and rename it to Update.pkg then boot the Streak in recovery mode.

We'd normally put a 'streak of luck' joke in at this point, but we used up our humour quota for the day with an earlier headline.

From Modaco via Engadget