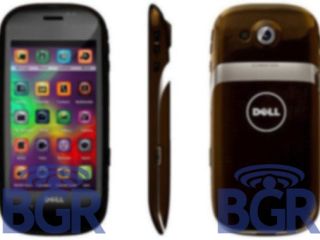 It's like a Magic Eye - squint and Dell's smartphone appears

Dell's debut in what is an already fit-to-bursting mobile market has been spotted and snapped by an eager camera-toting spy.

While we would have liked the picture taker to sort out their focusing, the blurry PR shots do show what to expect looks-wise from the phone.

Currently, the handset codenamed Benzine is only coming out in China. While the date is unknown, as we reported earlier this week, the phone is 'launch ready'.

While this isn't the first time the phone has been snapped, as these are press images it does prove how close the handset is to coming to market.

Specs-wise, we should be looking at a phone that totes Quad-band GSM/GPRS/EDGE connectivity; a 3.5-inch nHD 640×360 LCD; Google, AIM, Yahoo and MSN IM support; and a handy 3 megapixel camera with 8x digital zoom camera, a 30fps video shooting mode and a flash.