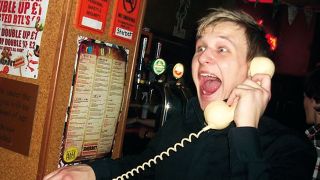 An increasing number of people are no longer using their smartphones for what they were originally intended for - to make phone calls - new data from Deloitte shows.

Among the company's predictions for 2016, it says 26% of people in developed countries won't make any traditional cellphone calls in a given week.

Deloitte is attributing the decrease in cellphone calls to what it's calling "data exclusives" - phone users who have found ways to communicate without having to actually talk into their handset, or are using non-network services such as Skype.

An increased variety of ways to communicate with people and business, including through apps and social media, is the reason for the decrease in phone calls, according to Deloitte.

"Phone conversations with friends and family, for example, have been supplanted to an extent by social networks," the company's report said.

"An app can replace the calls we would have formerly made to order a take-away, request a taxi, book an appointment or make a bank transfer."

To put it in numbers, data-exclusive smartphone users increased to 22% in 2015, and this will likely continue to increase in the following years.