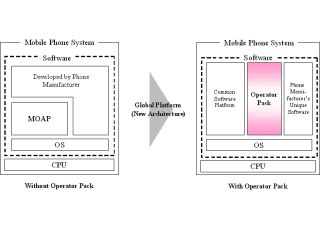 The increasingly successful mobile Linux operating system has received a massive shot in the arm through the decision by Japan’s largest wireless operator, NTT DoCoMo, to release Linux development tools to handset makers.

DoCoMo, which is also one of the world’s biggest mobile telcos, has announced an ‘operator pack’ that helps phone manufacturers build LiMo-compatible phones for its 3G W-CDMA network.

Aside from making it easier for Japanese firms to compete abroad, the operator pack will also enable overseas phone makers to enter the difficult Japanese market with a full hand of localised services.

DoCoMo’s Shuichi Ichikoshi told us: "Non Japanese handset makers will find it much easier to enter Japan. They can now implement services like i-mode and osaifu keitai at last. Also, development costs will be halved."

Being able to give the Japanese public what they want will level the playing field. It'll open the way for more advanced Western phones to compete fairly with the sometimes-dull Japanese models by incorporating all the network features they already provide.

As an added benefit of DoCoMo’s openeness, other mobile operating systems will benefit too. Ichikoshi explained, "We’re also considering developing in parallel for Android and Symbian too."