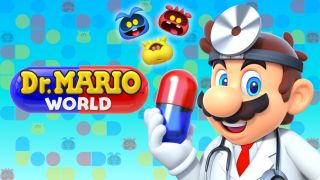 You may think of Mario as a professional plumber-turned-adventurer, but did you know he also spent around 10 years working toward his medical doctorate? That's why he's allowed to complete medical exams and prescribe medication in the upcoming Dr Mario World.

Announced back in January this year, we now have a release date for the iOS and Android game, with it set to be available on both platforms from July 10.

In a similar fashion to previous Dr Mario games, this mobile iteration will see you playing a puzzle title where you pull capsules up against viruses to match three in a row. The aim is to clear the entire stage, but you'll have a limit to how many capsules you can use, meaning you'll have to plan ahead.

Dr Mario's gameplay has always been remarkably different to other Nintendo titles, but this is arguably a better fit than most for a mobile game.

Considering the success of other puzzle games on mobile, Dr Mario World's combination of challenging conundrums and familiar Mario faces, such as Princess Peach and Bowser, may make for a success.

You can pre-register for the game already on both Apple's App Store and the Google Play Store. That will give you a reminder when it's available, and it's a free game so there's no harm in setting this up.

We'd expect various in-app payments, although we don't currently know exactly how they will work. Want to see the game in action? You can watch a full gameplay trailer below: