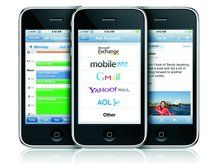 It might have been a long time coming, but the US has finally overtaken Western Europe in terms of 3G usage.

The stats from comScore, which show the US has a 28.4 per cent uptake in 3G technology, are especially impressive when one provider (T-Mobile) doesn't even have a 3G network in the area.

This shows the US is starting to want more feature rich content from its mobiles, like video and audio on the move... though nobody wants to video call. Still. So why do all the handset manufacturers keep harping on about it, eh?

3G subscribers have been hard to find in Europe, despite a multi-billion pound / euro bidding war from the networks for 3G licenses, trickling in at just 28.3 per cent usage.

However, the 3G infrastructure in Europe is much deeper, with many countries already well into 7.2mbps HSDPA, allowing wireless internet to become a reality.

So don't worry just yet....our cousins over the water might be jumping on the bandwagon now, but the Europeans can always say 'we had it first...'.