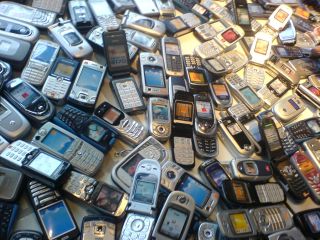 Teenagers hide from surveillance under mound of phones

A pilot survey of teenage girls has been studying the feasibility of tracking them with GPS-enabled mobile phones.

In what has to be the least ground-breaking news of the week the study discovered that a group of teenagers liked to have their phones with them at all times, and used their phones to track them – presumably with some kind of permission in place.

Researchers on the report, published in the Journal of Adolescent Health, say the information won't be used so parents can keep a Big Brother-esque eye on their offspring, but instead to focus on the health risks that teenagers face.

The phones’ GPS facilities can, “Help us better understand where adolescents spend their time and what they're doing," Dr Sarah E Wiehe told Reuters.

Apparently, the ultimate goal is to be able to intervene when a child is most likely to take a health risk like smoking or drinking.

TechRadar wonders if this means that the chastened teen will be confronted by AA every time they venture near a bus-stop, or sent an MMS of Nick O’Teen when they are tracked to the school bike shed.