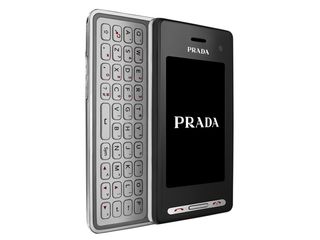 It's not often a handset will be dubbed as 'almost identical' to the original, but that's the way LG has projected its latest Prada phone, the catchily titled Prada II.

Essentially, it's a Viewty with a metallic QWERTY keyboard bolted to its behind, and a bit of cosmetic surgery to the front three buttons, switching to metallic options rather than 'commoner' plastic.

Phones like this, such as the Armani II from Samsung as well, are not designed to be innovative technology leaders, but still appeal to a mass market that doesn't really care how many megapixels the camera has.

Still, LG has decided to be generous and whack a 5MP sensor in there, along with 7.2 HSDPA. A full HTML browser and Wi-Fi connectivity are a step up from the Viewty as well, but pale in comparison to the 8MP KC910 Renoir also recently announced from LG.

This handset will be coming later in Q4 this year for selected European markets, including the UK, for around £475.