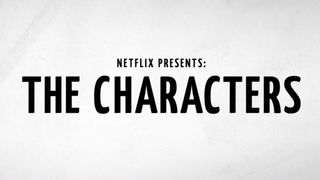 On the heels of the award-season success of Master of None, Netflix's latest original comedy series, The Characters, promises chaos with an eight-episode sketch show with "no rules" and "no limits."

Netflix has more or less handed the reins of each episode to comedians, boasting, "No one else would do this. Seriously."

The Characters puts eight comedians in charge of a half hour episode each, letting them create and develop any characters and sketches they wanted to in what Netflix calls "outlaw comedy."

And though the trailer sets up what is essentially a sketch show, with reality TV show parodies, Biblical jokes and cameos from other comedians, Netflix claims it is a "wildly inventive and wholly original comedy experience."

The Characters is set to launch on March 11. You can check out the trailer below.