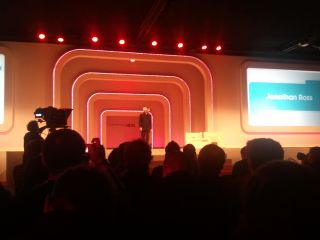 TechRadar attended the European launch of the Nintendo 3DS today in Amsterdam, where the gaming giant revealed more UK specific details about its 3D gaming handheld.

Nintendo has announced that it is teaming up with Sky to offer short-form 3D content to view on the Nintendo 3DS, which will be the first time Sky's 3D coverage will be able to be viewed sans glasses.

Eurosport is also in talks to supply 3D sports content to users of the 3DS.

This wasn't the only deal Nintendo announced. It is also working closely with Aardman animations to offer 3D content for the device, this will be in the form of one-minute episodes of Shaun the Sheep.

It has also been revealed that BT will be potentially opening up its Wi-Fi hotspots for 3DS owners, although this is still at the 'discussion' stage. The Nintendo 3DS has wireless technology inside which Nintendo is calling Spot Pass.

Essentially, when you go into a wireless hotspot area you will automatically start receiving content for you to view on your 3DS.

Nintendo is calling this "a new level of automatic connectivity" and will be pairing it with something called StreetPass where you can pair up your handheld with other 3DS devices instantly.