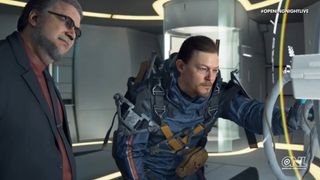 After months of speculation, it’s been officially announced that Death Stranding is coming to PC – and it will arrive on gaming computers “early summer of 2020”.

The revelation comes from Hideo Kojima himself, the iconic creator of Death Stranding (and best known for the Metal Gear Solid series of games).

That means that Death Stranding is no longer a PS4 exclusive – though PlayStation gamers are getting the game (much) earlier, with it launching on PS4 on November 8, 2019.

Thanks to all of you who have been supporting #DEATHSTRANDING!DEATH STRANDING release on PS4 is November 8, 2019!!Furthermore, KOJIMA PRODUCTIONS is happy to announce that DEATH STRANDING will be coming to PC in early summer of 2020!!#kojimaproductions #deathstrandingpc pic.twitter.com/Sk4clWWY1XOctober 28, 2019

We’ve seen a number of hints that Death Stranding is coming to PC, with the game being dropped from an online list of PS4-only games.

Another rumor from earlier this year suggested Death Stranding will come to PCs as soon as May 2020. With Kojima suggesting “early summer 2020,” that could just about include May as a potential launch date.

So, this is great news for PC gamers who have been eyeing up Kojima’s strange-looking game. We’re still not completely sure what the game is about, but considering Kojima’s legacy in producing some of the best games ever made, we can be pretty sure that PC games – alongside PS4 owners – will have a treat in store for them.