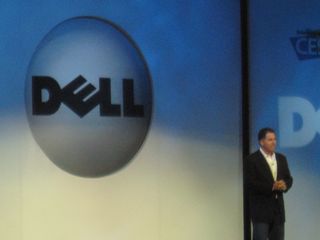 Dell founder Michael Dell has been quick to mock rival HP after it suggested that it would either sell or spin off its PC production arm.

Dell was overtaken by HP as the world's biggest seller of PCs, and after three years in the background, Michael Dell stepped back in as CEO in 2007 to try to push his company back to the top spot.

That may be a little easier now Hewlett Packard is "exploring strategic alternatives for its Personal Systems Group".

Dell was not slow to poke fun at the statement, using his Google+ account to joke "If HP spins off their PC business....maybe they will call it Compaq?" Compaq was, of course, acquired by HP for $25 billion back in 2002.

The CEO later added: "HP.... They are calling it a separation but it feels like a divorce."

Regardless of Dell's tongue in cheek comments, it is clear that the PC industry is facing growing pressure from tablets and Apple's increasingly popular Macs.