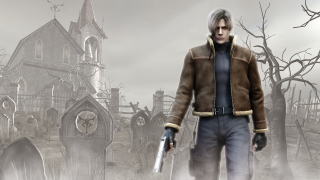 2020 is set to be another monumental year for games, with the amount of triple-A releases beginning to edge into a frenzy – not to mention the PS5 or Xbox Series X consoles set to launch in their midst. But it’s also a huge year for a number of videogames celebrating milestones since their original premiere date, whether they launched in the past few years or decades beforehand.

From the classic days of the arcade up to the most recent generation of consoles, there are anniversaries far and wide that will delight, surprise and terrify in reminding us just how fast time actually does fly.

That’s why we’ve put together a list featuring 12 of the most important and most influential videogame anniversaries worthy of your calendar, starting with recent history and stretching back into the past...

Five years have already passed since the third action RPG based on the imaginative fantasy novels by Andrzej Sapkowski took the world by storm. Going from little fanfare to a blockbuster Netflix series, The Witcher series has had quite the uprising. But it was CD Projekt RED’s critical darling, The Witcher 3: Wild Hunt that changed the landscape.

Geralt of Rivia is now up there with the most renowned video game protagonists and the game itself has only grown in popularity. Wild Hunt is now recognized as one of the greatest games ever created and is only expected to age like a fine (blood and) wine.

After the fantastically named Supersonic Acrobatic Rocket-Powered Battle-Cars failed to set world ablaze, developers Psyonix went back to driving school and came back with the simple but effective, Rocket League.

One of the sure-fire success stories of the PlayStation 4, the game has gone on to shift 10 million copies, with no signs of the brakes being pumped any time soon. This all culminated with Fortnite creators Epic Games acquiring Psyonix in May 2019, scoring a huge goal for the indie studio.

Rockstar’s open world western focusing on the story of outlaw John Marston is seen as the go to for Westerns, with many fans of the firm still hailing this adventure as the peak of the studio’s career. It’s easy to forget that Red Dead Redemption was actually the second entry in the series after 2004’s Red Dead Revolver; however, it was the follow-up that truly showed what it meant to be a rootin’-tootin’ gunslinger.

Capcom’s prized jewel and one of the most ported games of all time. After focusing specifically on survival horror for nearly a decade, Resident Evil 4 introduced a handful of action elements as well as spearheading the ‘over the shoulder’ third-person perspective, subsequently defining hundreds of titles following. Leon Kennedy’s mission of rescuing the US president’s daughter from a crazed cult is considered the pinnacle of the series, and for good reason why.

Boy, this was a long time ago: 15 years, in fact, since the Spartan warrior began his vengeance against the Greek Gods. God of War from Sony Santa Monica became the gold standard for what an action game could be, alongside making Kratos a mascot for PlayStation.

The release date was no random choice, either, as the Greek god of war Ares is associated specifically with the month of March (hence why ensuing entries have all fallen on similar dates).

Who knew that designing a house and sending out virtual people to live their lives would be so alluring? Surpassing 200 million plus sales, The Sims franchise has done what only some could imagine, and it all started at the start of the millennium. Filled with a huge community that has only continued to grow, The Sims has gone from strength to strength and was even inducted into the New York City Museum of Modern Art in 2012.

Still viewed as the darkest tale in the Zelda timeline, Majora’s Mask arrived two years after the revolutionary Ocarina of Time. An incredible development turnaround which transported Link to the mysterious realm of Termina. Though the time mechanics put off some, Majora’s Mask has seen quite the renaissance in recent times, due in part to its re-release on the Nintendo 3DS.

There’s now the hope from many that the upcoming Breath of the Wild sequel will look to take inspiration from its N64 counterpart.

In the early 00s, skate culture was still living large, and Neversoft capitalized off of the fandom with Tony Hawk’s Pro Skater. While the original proved its merit, the follow up is what cemented the series as not just another typical sports game. Featuring an unforgettable songs list, improved gameplay, enhanced graphics and tight controls, Pro Skater 2 ollied its way up the charts to crossover into cult classic status and is still currently ranked as the second highest game on Metacritic.

16-bit has rarely looked better, as the pixel-perfect Chrono Trigger from Square is positively gorgeous to this day. Following a group of adventurers who must journey through time in an attempt to prevent total cataclysm, Chrono Trigger has not only remained one of the greatest RPGs of all time but one of the greatest games full stop. Many have tried to replicate its model but few have come close to perfecting it.

What can be said about Super Mario World that hasn’t already been stated prior? A masterpiece, a platforming design of ingenuity, a musical triumph, and something that is now shockingly three decades old. On top of that, it introduced everyone’s favorite green dinosaur, Yoshi. Mario’s jumping efforts are still as prevalent as ever but many do question whether his 2D efforts will ever surpass this wonder.

Fantasy has come far over the years. Still, it was Atari Games’ hack-and-slash Gauntlet that is remembered most fondly for pioneering multiplayer dungeon crawlers in the arcades. After designer Ed Logg’s son begged him to make something based on Dungeons & Dragons, he quickly discovered Dandy on the Atari 800 and began to iterate upon it. And from that, Gauntlet was born and gaming history was made.

Few games are as visually recognizable as Pac-Man. Originally created to attract more women into arcades (according to creator Toru Iwantani), Pac-Man has been a bona fide pill-chomping hit, generating more than $14 billion in revenue since launch. Numerous sequels, spin-offs, cameos and crossovers have come and gone, but the original Pac-Man remains timeless – waka waka sounds effects and all.