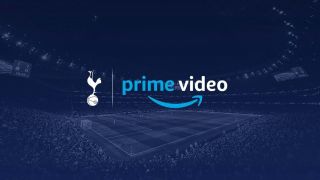 The big football news of the past few days is the sacking of Mauricio Pochettino following a dire start to the season, and the subsequent hiring of not-at-all-divisive manager Jose Mourinho. For Spurs fans, it's a rough but interesting week, but for Amazon, it might end up being a big win.

As noted by Shortlist, Amazon UK has the rights to air a few Spurs game this season, including December 4th's big Man Utd vs Tottenham game, which suddenly becomes a lot more dramatic with Mourinho at the helm.

But the even bigger win could come down the line, in 2020. Last month, Spurs announced the next season of Amazon sports documentary anthology All or Nothing is to feature the club as a focus (the first football-focused series was about Manchester City's 2017/2018 season). The trajectory of Spurs' 2019/2020 season combined with the hiring of Mourinho suddenly changes the appeal of this documentary entirely.

Surely no one at Spurs could've predicted the season would pan out like this when the program was first discussed?

Back of the net

That said, All or Nothing won't just be about the dramatic happenings on the pitch or behind-the-scenes at the club.

The announcement also made it clear that it will focus on (deep breath...):

"The unique aspects of the Club, including its extensive work and impact in helping to transform the local area and showcasing the workings of our world-class stadium, with its ground-breaking multi-use functionality allowing it to play host to all our first team fixtures as well as a raft of major sport and entertainment events throughout the course of the season including the recent successful launch of NFL matches in Tottenham and Saracens' annual Premiership Rugby 'Big Game' fixture next year."

Well, none of that sounds anywhere near as exciting as what's gone down this week. All or Nothing will release on Amazon Prime in the second half of 2020.