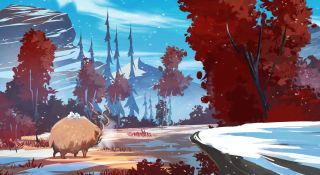 Of course, it also means that the millions of LoL players all over the world will have new things to look forward to in the coming years.

VentureBeat reported Thursday that the Los Angeles-based publisher will be partnering with reputed third-party developers to design exciting new League of Legends games under its new publishing label, Riot Forge. The first of its kind at Riot, Riot Forge aims to complement Riot Games’ existing research and development program, and “create bespoke completable games” that expand its highly popular League of Legends universe.

This is hot on the heels of the company’s announcement to release eight big games, films and animated series in 2020. It’s pretty exciting stuff considering that Riot hasn’t released any new major projects, solely focusing on its LoL game for the better part of a decade.

League of Legends coming to mobile and console, and more

Riot has yet to share specific details regarding the games it’s planning to release under Riot Forge, or when they’ll be available to the public. However, there’s already a number of things to look forward to from the publisher.

To celebrate League of Legends’ 10th anniversary, the company revealed that it’s been hard at work with new initiatives, many of which we’ll see released in 2020.

Perhaps the biggest those is League of Legends: Wild Rift, which sees the LoL in smartphones, tablets and consoles, so you can pretty much take the game wherever you go. Wild Rift, which is slated for a 2020 release, features ranked mode as well as a new control system for gamepads and touchscreens.

This coming year will also see Teamfight Tactics head to iOS and Android, as well as the release of games like Legends of Runeterra (a free-to-play strategy card game), Project A (a tactical PC shooter), Project L (a fighting game) and Project F (possibly an action role-playing adventure).

But that’s just the games: Riot is also working on an animated series, dubbed ‘Arcane,’ and has just released League of Legends Origins, a feature-length documentary by filmmaker Leslie Iwerks, on Netflix.

The last ten years has certainly proven to be quite a productive era for Riot.