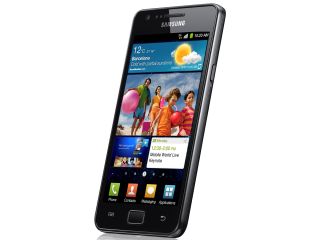 Samsung is toying with our emotions as it announced the Samsung Galaxy S2 Ice Cream Sandwich update would be available tomorrow, only for it to dismiss the report hours later.

The initial report regarding the Samsung Galaxy S2 Ice Cream Sandwich update appeared on Samsung's Filipino portal and declared Galaxy S2 users would be able to upgrade their handsets on March 10.

Unfortunately Samsung was quick to respond via its Samsung Tomorrow Twitter account, stating that the Filipino announcement was "wrong" and "not true".

We've been waiting for what seems like an eternity for the Ice Cream Sandwich update to hit the Galaxy S2 and Samsung is still unwilling to provide any sort of timeline for when it may arrive.

Samsung has confirmed it will announce the upgrade schedule via its main Twitter account and that the rollout will begin soon, although upgrades will vary depending on models and markets.

We hope Samsung pulls itself together and sorts out the Samsung Galaxy S2 Ice Cream Sandwich update sharpish, as its flagship handset may be left behind by the wave of new ICS toting devices.