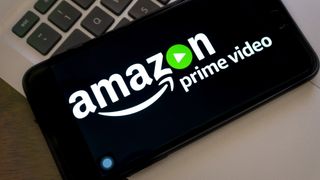 So you're away from your country - perhaps on holiday or abroad - but have got a few hours to kill and are thinking that taking in that new action-packed thriller, latest episode of your favorite show or mindless rom-com (don't worry...we won't judge) on your Amazon Prime Video account. But geo-restrictions mean that the thing you wanted to watch isn't available from outside your borders - in short, you're going to need a VPN if you want to watch.

Otherwise known as a Virtual Private Network, a VPN allows you to change your location and stream otherwise missing movies and shows. Handy, considering that like Netflix, Amazon doesn't make all its Prime Video shows available in every location. That's only being reinforced now that Amazon is picking up certain sporting events, too. It's no surprise that, even with stuff competition, so many people still subscribe to Amazon Prime Video.

Now it's worth pointing out at the outset that using use "any technology or technique to obscure or disguise your location" is in direct breach of Amazon Prime Video's terms and conditions. So if you're desperate to watch that content overseas using a VPN, you would be doing so at your own risk.

And yet, loads of VPN companies wear the ability to 'unblock' the streaming service as a badge of honour. So to test the credentials, we took a look at which are the best Amazon Prime Video VPNs.

We love ExpressVPN's fast speeds and 24/7, reliable customer support. It's impressive speeds mean that it shouldn't slow your streaming feed or device down unlike other VPNs, allowing you to have the highest possible streaming quality. So super handy if you're in some far-distant clime.

In terms of customer support, Express has a superb customer support service that you can email call or open a live chat session straight away for direct help. Simply click on its support section section and ask an agent which server would be the best for Amazon Prime Video. That's really useful, especially if you're not really used toPNs and how they work, yet.

Just in case you’re worried that it won’t have this on your system, ExpressVPN works on several different systems including: iOS, Android, Mac, Linux, Windows, Chrome and Firefox!

However, as previously mentioned it is a bit more costly than other VPN providers, although Express does provide a 30-day money-back guarantee and is an excellent streaming service for Amazon Prime Video customers.

Get the best Amazon Prime Video VPN 2020: $6.67 per month (with 3 months FREE)
We've already told you why Express is the best, but it's also fantastic value. That's because TechRadar readers get 3 free month added on when you sign up for a one year contract. Plus there's 49% off the normal price.View Deal

CyberGhost's impressive 5,700 servers spread over 110 locations are a great start for a VPN when it comes to unblocking content. With this wide range of locations and servers you're more than likely to be able to get the VPN in your region and thus access to your Amazon Prime Video catalogue.

Not to mention the fact that CyberGhost's range of apps mean you can stream on Windows, macOS, iOS, Android, Amazon Fire TV & Fire Stick, Android TV.

Our main reason for rating CyberGhost so highly when it comes to unblocking Amazon Prime Video is the super easy and straightforward general user experience. We understand you this may be the first time you're using a VPN, or that you're a complete tech newbie - either way you needn't worry, this provider is so straight forward and super easy to operate. Essentially, the app will automatically connect to the best server and open a browser window at the specific website.

However, it is worth bearing in mind that CyberGhost doesn't boast the same level of customer support as some other VPNs, however its flexibility and user-friendly experience have earned it the second best VPN for Amazon Prime Video in our ranking.

One of the safest VPNs for Amazon Prime Video

Our testing showed that NordVPN has super quick connection speeds that should ensure that your streaming coverage will not be affected when in use. Plus, it boasts a wide variety of server locations meaning it's more than likely to be available from your region, too.

We rank it as the third best VPN for Amazon Prime Video due to its powerful features, which includes a DNS leak protection, a very effective kill switch and a superbly strong 2048-bit encyprtion.

And it's commitment free! The service comes with a 30-day money-back guarantee so you can always try it and if you don't like it - simply cancel.

But if money is your concern than the 3-year plan is your best bet as it offers the best value for money.

One of our favorite providers, ranked number two in our overall best VPN server - of course you'd expect to see IPVanish in our top five for Amazon prime Video VPN, too!

And why wouldn't we rank it so highly, not only does it have 1,300 servers in over 75 locations but it also has 40,000 shared IP addresses. Meaning your location will be kept quite private and secure indeed, anonymous is all you'll be.

Let's not forget that this server is pretty cost effective too - it allows for 10 simultaneous connections, so that's 10 devices under one account. Depending on how many devices you have, there's no reason not to share your use of IPVanish with friends and family, to use.

We also love its 24/7 customer support, so you'll never be left stranded or with concerns about the provider.

A good mix of speed and security

VyprVPN is a pretty awesome provider, it's super fast speeds almost assure that your download rates won't be affected when streaming - which is absolutely ace for Amazon Prime Video streaming.

If your also concerned with privacy, rest easy as VyprVPN is extremely secure. Not only does it have a no-log policy, it also has a NAT Firewall, and plenty of protocols supported - these include OpenVPN, L2TP/IPsec, PPTP and Chameleon (VyprVPN’s own curated option).

Not to mention it also has a free 3-day trial which allows you to test it out before committing to it.

And if you're more interested in it's annual rather than monthly plans, then we bring you good news, VyprVPN has an incredible but limited time offer on its annual plans.

What is Amazon Prime Video and should I get it?

For those of you who aren’t familiar with this side of Amazon, their superb streaming platform is now in fierce competition with Netflix, particularly in terms of the competitive price and perks that Amazon Prime Video has to offer. What’s more is that after thorough testing and researching we have found you the best VPN for Amazon Prime Video.

The 3 best VPN services for your Fire TV Stick