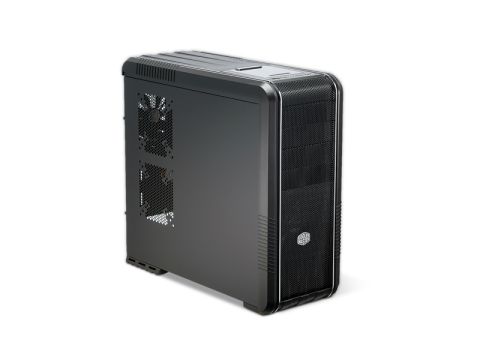 With even more mesh than the last, the new CM 690 aims to improve airflow

CoolerMaster has been resident modder Tom's favourite choice for chassis hacking for a good long while now and it's no surprise as it's one company that really listens to the needs of its customers.

It's also a company not ready to sit on its laurels when it releases a decent case, and so we have the sequel to the very popular CM 690 chassis, the rather smartly titled CM 690 II Advanced.

Okay, so innovation doesn't quite stretch so far as the naming of the chassis, but there are enough new features in there to satisfy, especially on a sub-£100 case.

Unsurprisingly cooling is paramount in the CM 690 II's design with a huge amount of extra mesh covering the case to improve airflow throughout. Obviously dust is then a bit of a concern but there are enough filters to stop that being a real worry.

There is also space for two chillin' radiators, so Tom's favourite dual-water cooling loop isn't out of the question either. Ease of installation has also been a hallmark of the CM 690 II's design ethos, most notably in the amount of space now behind the motherboard mounting for cable-tidying.

Coolermaster has also made replacing heavy-duty CPU coolers a doddle now with a wide gap in that mounting for you to get to the reverse side of the motherboard and mess with the CPU cooler's retention bracket.

In short it's a fully-featured chassis, with all the gubbins you'd expect from a top-end tower at a price-point you can't really argue with.