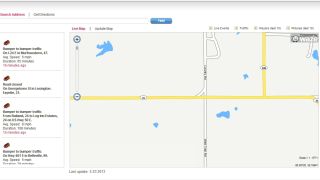 Google is close to agreeing a billion dollar deal to buy the popular navigation app Waze, according to reports this weekend.

The Globes business newspaper, in the start-up's home country of Israel, claimed that Google has beaten out competition from Facebook with an offer of around $1.3 billion (around UK£0.84, AUD$1.36).

Waze is a community-sourced app, with users uploading real-time traffic, accident, police presence and gas price information, while maps themselves are also edited by groups of users.

The company reportedly rejected a takeover offer from Apple to assist its Apple Maps platform, before Google and Facebook revealed their interest.

It was thought that Facebook had a deal in place to buy the Waze back in May, but talks fell through according to recent reports.

If a deal is completed, it'll allow Google to boost its own market-leading turn-by-turn navigation services, while also eliminating one of its only real competitors.

So far Google has declined to comment on the reports, so we'll wait for the official word.