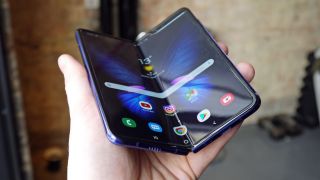 It's not easy launching a foldable phone in 2019, as Samsung is quickly finding out: the latest reports from Asia suggest that its innovative Galaxy Fold handset won't be going on sale until August.

That means the Samsung Galaxy Note 10 might be out and available to buy before the folding handset that we first saw demoed back in February.

The bad news for folding phone fans comes from the Korea Herald, which says Samsung itself has denied the handset is going to be appearing in July (that was a prediction based on comments from a Samsung Electronics official).

Apparently "little progress" seems to have been made on sorting out the folding hinge on the device, which has been the cause of numerous breakdowns in early review units.

The launch date in the US had been set for April 24, but that came and went after the first units to get into people's hands started suffering some durability problems.

Samsung then postponed the official on-sale date until a specified date in the future – we're still waiting to hear when that might be. Pre-orders for the phone have been canceled in the meantime.

The Galaxy Fold isn't the only foldable handset having problems either: Huawei has decided to delay the launch of its Mate X foldable, citing concerns over the longevity of the handset.

Getting the technology right is obviously a massive engineering challenge, but let's hope we see the Galaxy Fold and the Mate X made available to consumers before too long.