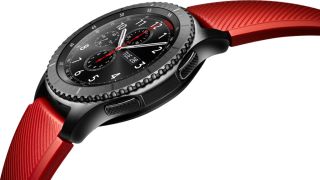 There's good news for Samsung Gear S3 and Gear Sport owners, as a new update to Samsung's Flow app has given the smartwatches new functionality.

Samsung looks committed to keeping its Gear smartwatches updated and cutting edge. In the past two weeks updates that improve battery life and enhance the running credentials of the Gear Sport have landed, and now there's even more arriving.

Spotted by SamMobile, version 3.0.14 of the Flow app brings support for wearables running Tizen 3.0 and above (so the S3 and Sport) and with that the ability to unlock a Windows 10 PC from the watches, meaning you don't need to type your password in every time.

You'll also be able to sync notifications between the watch and your PC.

The update to Samsung Flow also makes it easy to mirror your phone's screen on a Windows PC, allowing you to access certain apps and files from the handset on the computer.

The app update is likely to land on Android phones in the next few days, so keep an eye out for it in the Play Store.