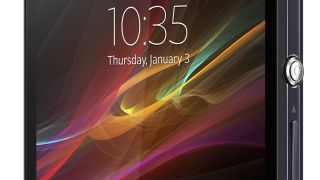 The Sony Xperia ZU may be the official name for the much rumoured, super-sized handset Togari.

Apparently VR-Zone is in the position to exclusively reveal the name of Sony's next handset, along with a Xperia ZU release date of June 25.

Now Sony does have an event planned in Germany on that date and while details on this are thin on the ground sources have claimed the Japanese firm will use this forum to unveil its gigantic smartphone.

How big can you go?

The Xperia ZU is tipped to pack an eye-popping, palm-stretching 6.44-inch full HD screen which the sources also reckon will feature Sony's fancy new Triluminos display tech which already appears on some of the firm's TVs and laptops.

Water-resistant could also be present on the Xperia ZU, while under the hood the report suggests it will pack a meaty 2.3GHz quad-core Snapdragon 800 processor.

We've contacted Sony to find out more information about the Xperia ZU and its event in Germany, although it's not really making a big deal of the German date which would suggest we may not see any new hardware after all.